I have been modelling in 4mm scale, like most people, since train set days as a child. I’ve done 00, 009, had a fling with 2mm Finescale and then returned to EM gauge. And now I’m moving again. This time to 7mm Scale. I’ve already moved my narrow gauge activities to 16mm scale, which was eye opening. For the first time I can include ridiculously fine details – yet still see what I’m doing with them! The time has come to do the same with standard gauge. Bye bye EM, hello O gauge! 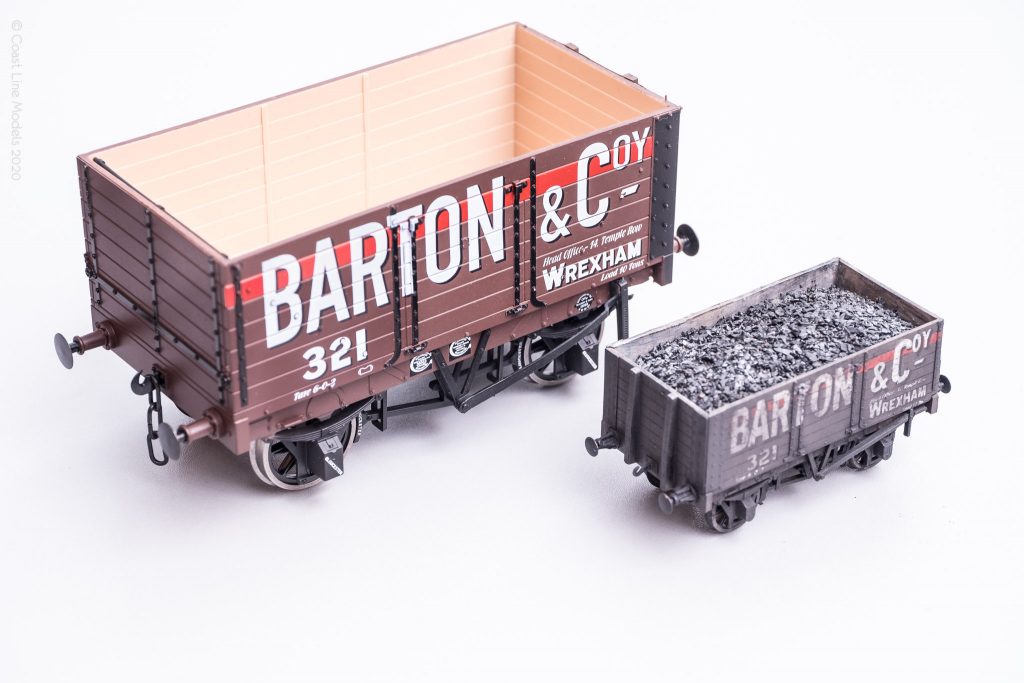 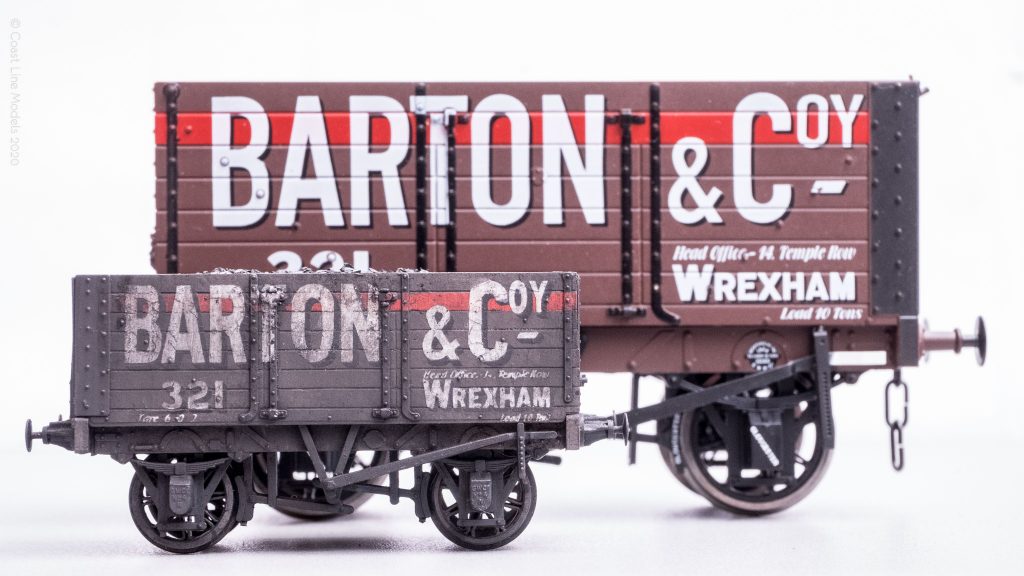 And what better way to start than by upscaling something I’ve already go! The 4mm Barton wagon is a Powsides lettered Slater’s kit, which I forgot to swap the solebars on for Cambrian Models versions and even worse put the brakes on the wrong side! But still, I’ve always liked this little wagon. How nice it was then to find the Dapol Gloucester Pre 1907 7 plank wagons in RTR form. Just right for the Barton wagon and actually pretty decent models by RTR standards. In fact by 4mm standards it’s mighty impressive indeed! 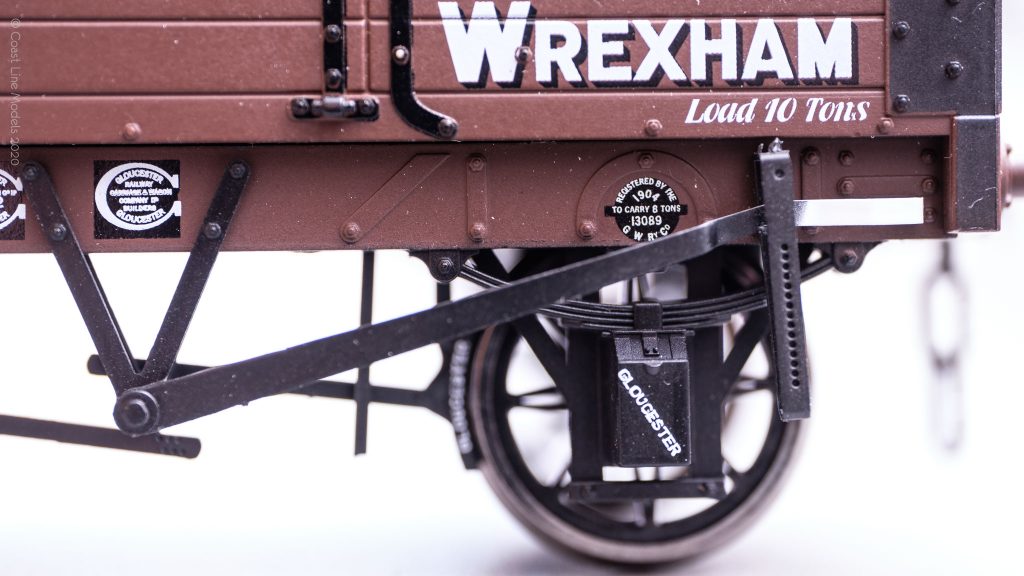 So first glance… good amount of detail, Really good feeling of weight and heft. It rolls so freely not just on level surfaces but it carries enough momentum to climb over objects in it’s path on even the most imperceptible of slopes. The compensation is cleverly implemented by the side beam method, on the unbraked side, something I dabbled with in making etched wagon chassis for my Cambrian stock in 4mm but never quite perfected. Here it is one quite nicely indeed, and allows for some basic underframe detailing. 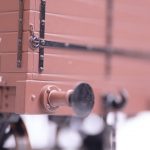 Now there are some niggles. Firstly the inside strapping is missing. A Curious oversight when the planking is present indicating. It is obvious the model is built up from a kit – you couldn’t mould the inside planking on a one piece body after all- and this has left some sprue remnants on the ends.
Then there is the livery. It doesn’t look too bad, all straight and even etc, however it all feels a bit translucent. 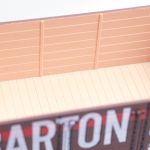 You can definitely see the red stripe through the white lettering, and where raised detail protrudes the livery tends to not get right into the corners. All this will be covered with weathering at some point, but it does seem a bit ‘cheap’. There is of course the issue of plates being printed on rather than etched or moulded which I don’t like, though I hope to sort that out with etchings in due course, although I can’t do that in the case of the axleboxes, which although correctly bear the Gloucester brand, they miss off the ‘4 S’ designation of the axlebox itself. 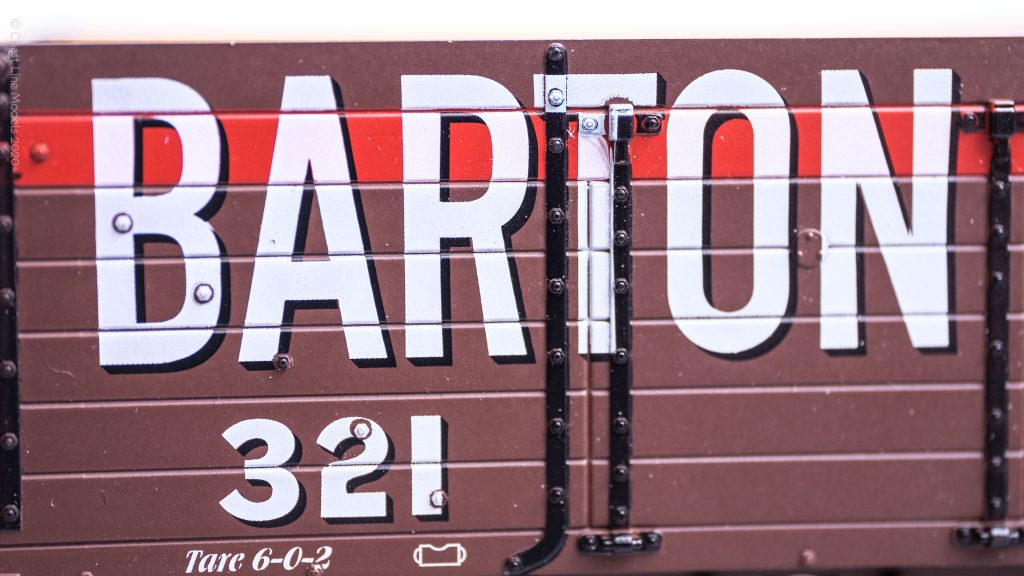 All in all, a lovely wagon. And since Dapol have kindly applied a number of not only correct but local and therefore relevant to me liveries, this Barton example will not be the sole example in my stable.

(Oh and by the way, the 4mm one started outthe same colour as the Dapol one, then I attacked it with weathering!)